Venezuelanalysis.com is an independent website produced by individuals who are dedicated to disseminating news and analysis about the current political situation in Venezuela.

Our main objective is to counter the corporate media propaganda against the Bolivarian Revolution by giving a voice to leftist and grassroots movements in Venezuela. We aim to cover daily news about Venezuela, as well as to contextualize these developments with in-depth analysis and background information. The site is targeted towards activists, academics, journalists, intellectuals, policymakers from different countries, and the general public.

While the site publishes opinion articles, we likewise aim to produce the most accurate and fact-based news available on Venezuela. Our goal is to be the primary resource for information and analysis on the country in English. Over the years we have also developed collaborations with a number of Venezuelan collectives.

Venezuelanalysis.com is a project of Venezuela Analysis, Inc., which is registered as a non-profit organization in New York State and of the Fundación para la Justicia Económica Global, which is a foundation that is registered in Caracas, Venezuela. It was founded in mid-2003.

Since our resources are limited, we need and welcome any and all donations so that we can continue to provide high-quality news, analysis and multimedia content about Venezuela. We depend 100% on reader support and receive no funding from any governments.

For questions, suggestions and submissions, use the 'Contact Us' option below or write to us at [email protected]. 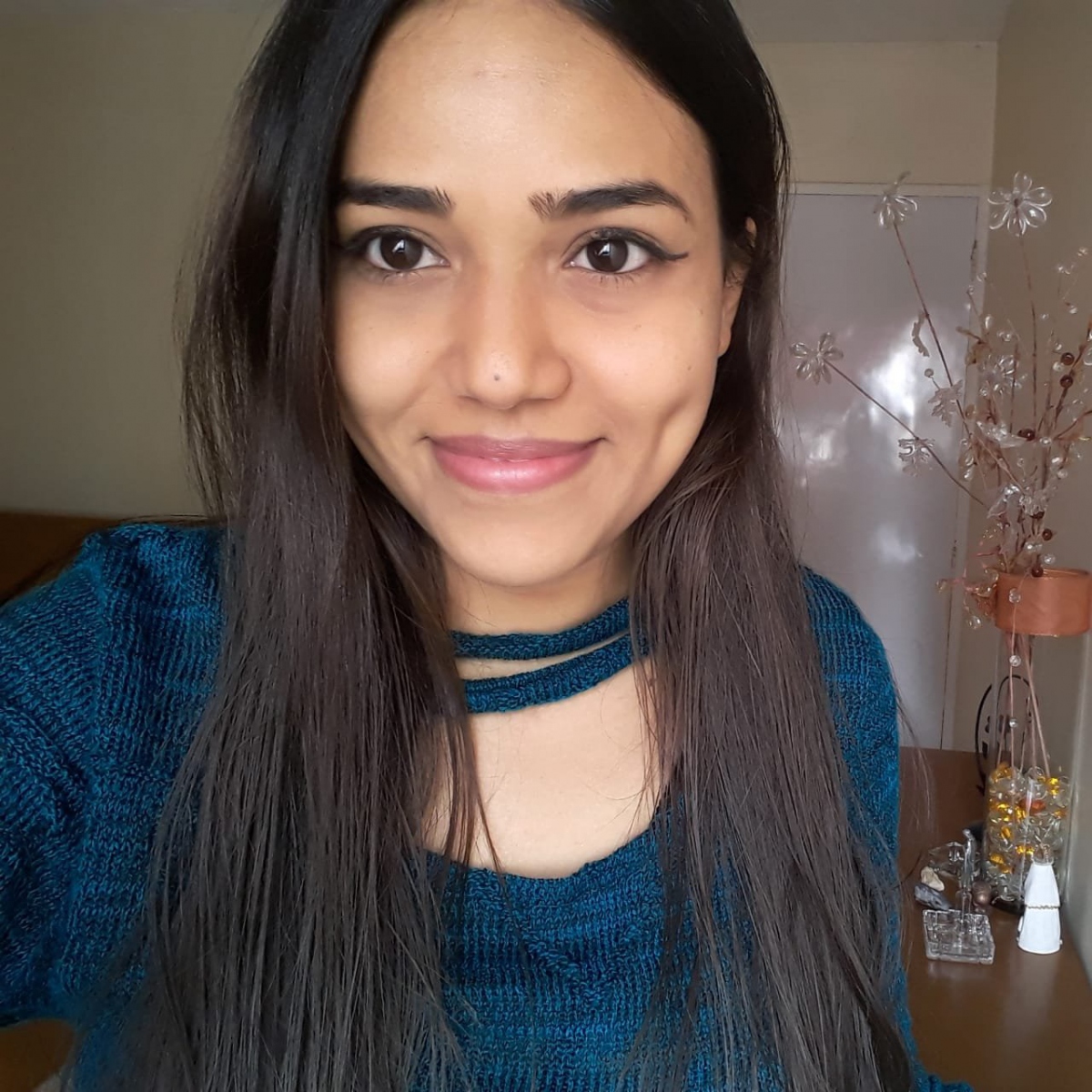 Andreína Chávez Alava was born in Maracaibo and studied journalism at the University of Zulia, graduating in 2012. She immediately started working as a writer and producer at a local radio station while also taking part in local and international solidarity struggles.

In 2014 she joined TeleSUR, where in six years she rose through the ranks to become editor-in-chief, overseeing news, analysis and multimedia content. Currently based in Ecuador, she joined Venezuelanalysis in March 2021 as a writer and social media manager. Her main interests are popular and feminist struggles. 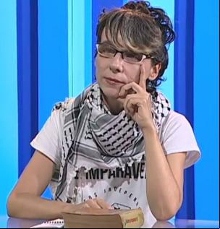 Cira Pascual Marquina is a Political Science professor at the Universidad Bolivariana de Venezuela in Caracas. She is also co‐producer and co‐host (with Chris Gilbert) of the Marxist education program Escuela de Cuadros. She is actively engaged with grassroots organizations in Venezuela and abroad, and is dedicated, both as a militant and as an investigator, to communal initiatives. José Luis Granados Ceja was born in Mexico City and spent his life migrating throughout the Americas, having lived in the United States, Brazil, Canada, and Ecuador. It was his experience as a migrant that led to his development of class consciousness at a young age. In 2005 he would travel to Venezuela to participate in the World Festival of Youth and Students, an experience that would change him forever and instill in him a passion for resisting imperialism and defending popular power.

In 2018, he realized his dream of returning to Mexico as writer and photojournalist to produce stories about the people of Latin America: workers fighting to improve the lives of their families and communities; thinkers teaching the world about how to secure justice; and activists on the frontlines of social change putting their beliefs into practice everyday. In his free time, he enjoys playing board games, building Lego, and watching American Football. 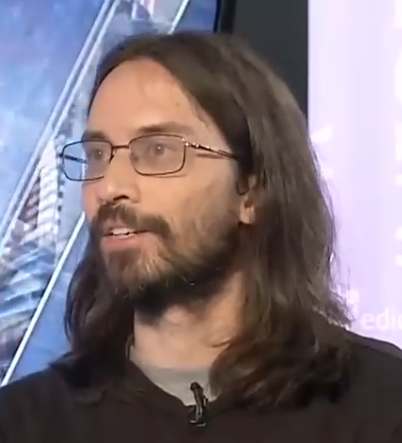 Ricardo Vaz grew up in Mozambique. With very strong political leanings from an early age, and a clear anti-imperialist outlook, he always felt a very strong affinity towards the Bolivarian Revolution and Chavismo, and has closely followed political developments in Venezuela. After living in different countries and continents, he moved to Venezuela in 2019.

Although his background is in theoretical physics, he gradually moved towards journalism and political analysis, in large part to fight back against the propaganda in the corporate media. He started by working at Investig'Action in 2016, and after years of close contact and collaboration joined the VA staff as a writer and editor in 2018. He focuses on exploring and documenting experiments where popular power is being built from below while also working closely with Venezuelan grassroots collectives. Gregory Wilpert co-founded venezuelanalysis.com together with Martin Sánchez in September 2003. Greg is a German-American activist, sociologist, and journalist. He earned a Ph.D. in sociology from Brandeis University in 1994 and moved to Venezuela in 2000 on a Fulbright Scholar grant. In 2007 he published the book, Changing Venezuela by Taking Power: The History and Policies of the Chávez Government (Verso Books).

From 2008 to 2014 Greg lived in New York City, where he taught political science as an adjunct professor at Brooklyn College’s Graduate Center for Worker Education and also worked for the Rosa Luxemburg Foundation as Venezuela Project Coordinator. Then, in 2014, he moved to Quito, Ecuador, to direct the teleSUR English website. From 2016 until 2020 he worked for The Real News Network as a researcher, producer, and host. Currently, he is Deputy Editor at the Institute for New Economic Thinking.

Jeanette Charles is a daughter of the Haitian Diaspora and was raised in working-class Black and Brown Los Angeles, California. Charles served as the International Solidarity Liaison for VA while also working as a writer and editor contributing to issues on Afro-Venezuelans, sex and gender diversity movements, land recuperation processes and the current political climate.

Jeanette has worked in solidarity spaces with African and Indigenous peoples across Latin America and the Caribbean as a popular educator, human rights advocate and organizing solidarity brigades. She's lived, worked and studied in Venezuela for extended periods of time since 2010.

Katrina Kozarek is a documentary-maker from the United States, currently located in Lara, Venezuela. She began solidarity work with Venezuela during her involvement in the production of the documentaries "Venezuela Bolivariana: People and Struggle of the Fourth World War" and "The Old Man and Jesus: Prophets of Rebellion" with the Venezuelan based Cooperative "Calle y Media." Residing in Venezuela since 2004, she has been heavily involved in community media, creating content, as well as building media participation through skill-sharing and popular education in video production.

Katrina has been an active participant in the National Association of Free and Community Media (ANMCLA), the communal television station of the Comuna Socialista Ataroa "LaraTVeC, canal 60 UHF" as well as the audiovisual collective "Voces Urgentes." She is also a member of the popular feminist movement "Mujeres Por La Vida." Lucas Koerner is from Philadelphia, Pennsylvania. He joined the Venezuelanalysis team after moving to Caracas in January 2015. Lucas got his political start as an anti-war and Palestine solidarity activist in high school before going on to help found a chapter of Students for Justice in Palestine at Tufts University. Shortly after graduating college, he traveled to Venezuela in order to learn about the Bolivarian Revolution firsthand, only to end up making the South American country his home.

During his five years in Venezuela, Lucas also conducted research on bureaucracy and revolutionary transition at the Institute for Advanced Studies (IDEA). He is currently pursuing a doctorate in Latin American and Caribbean History at Harvard University. Rachael Boothroyd is a journalist and trade union organiser from Liverpool, UK. She lived in Caracas for several years as a Venezuelanalysis staff member while also working with an array of leftwing media outlets, including presenting documentaries for Redfish and as international correspondent for TeleSUR English.

Rachael is currently a contributing editor at Alborada and has a degree in Modern Foreign Languages and a Masters in Latin American Studies, both from the University of Liverpool. Jessica Dos Santos is a Venezuelan university professor, journalist and writer whose work has appeared in outlets such as RT, Ph9, Épale CCS magazine and Investig'Action. She is the author of the book Caracas en Alpargatas (2018).

Jessica earned a journalism degree at Venezuela’s Central University. She won the Aníbal Nazoa Journalism Prize in 2014 and received honorable mentions in the Simón Bolívar National Journalism prize in 2016 and 2018.

Reinaldo Iturriza López is an activist, writer, and sociologist with a degree from Venezuela’s Central University. He is the author of several books, including 27 de Febrero de 1989: interpretaciones y estrategias and El chavismo salvaje.

Iturriza López, father of Sandra Mikele and Ainhoa Michel and Venezuelan baseball enthusiast, is a former Culture Minister and Communes and Social Movements Minister. He also headed the Audiovisual Production School at Ávila TV. He writes regularly for the blog Saber y Poder. A former director of International Relations for the Venezuelan presidency and Venezuelan Ambassador to Nicaragua, Rodríguez Gelfenstein is currently a guest researcher at Shanghai University’s Graduate School.

Dec 2nd 2022
Venezuela’s Culture Minister talks about a recent book fair and about cultural initiatives in the Caribbean nation.

Dec 1st 2022
Venezuela’s PDVSA and Chevron will sign contracts in the coming days for oil extraction framed in the country’s legislation.

Nov 30th 2022
VA columnist Reinaldo Iturriza sets his gaze on an "army" of workers that sort through waste to complement poor wages.

Summit of the "Americas" vs. CELAC: Whither the Monroe Doctrine @ 200?

The Ultimate Guide on Sanctions Against Venezuela

END_OF_DOCUMENT_TOKEN_TO_BE_REPLACED

Commune or Nothing! Venezuela's Transition to Socialism

END_OF_DOCUMENT_TOKEN_TO_BE_REPLACED

The Venezuelanalysis Podcast Episode 11: The New Horizon of Venezuela-Colombia Relations

The Venezuelanalysis Podcast Episode 10: The Worker Takeover of the Means of Production

If you are new to Venezuela or want to know background info, please see: